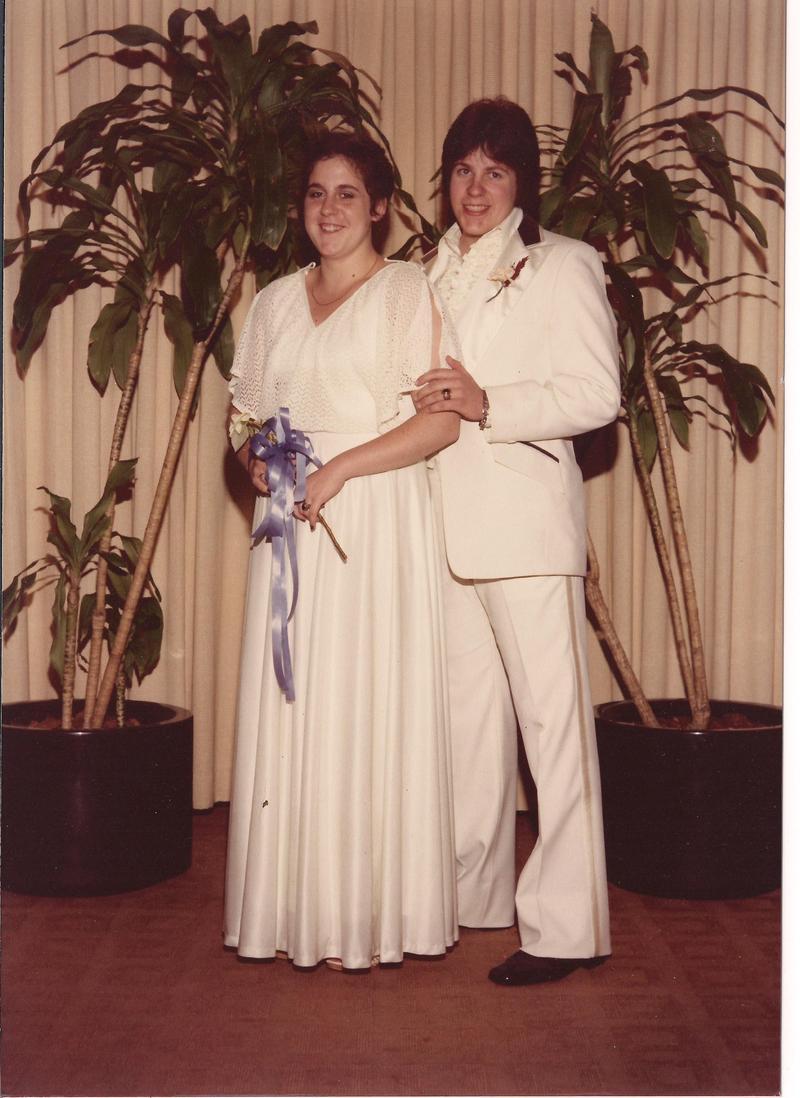 Cleaning out Aunt Theresa's house, I found this picture of Rocky and Teddy, who belonged to my Grandmother, Zita, and her sister, Katie, respectively. Rocky is very interested in a bunny rabbit you can't quite see. I don't know what year this is from, but Charlie Ashmont was happy to see his ancestors. 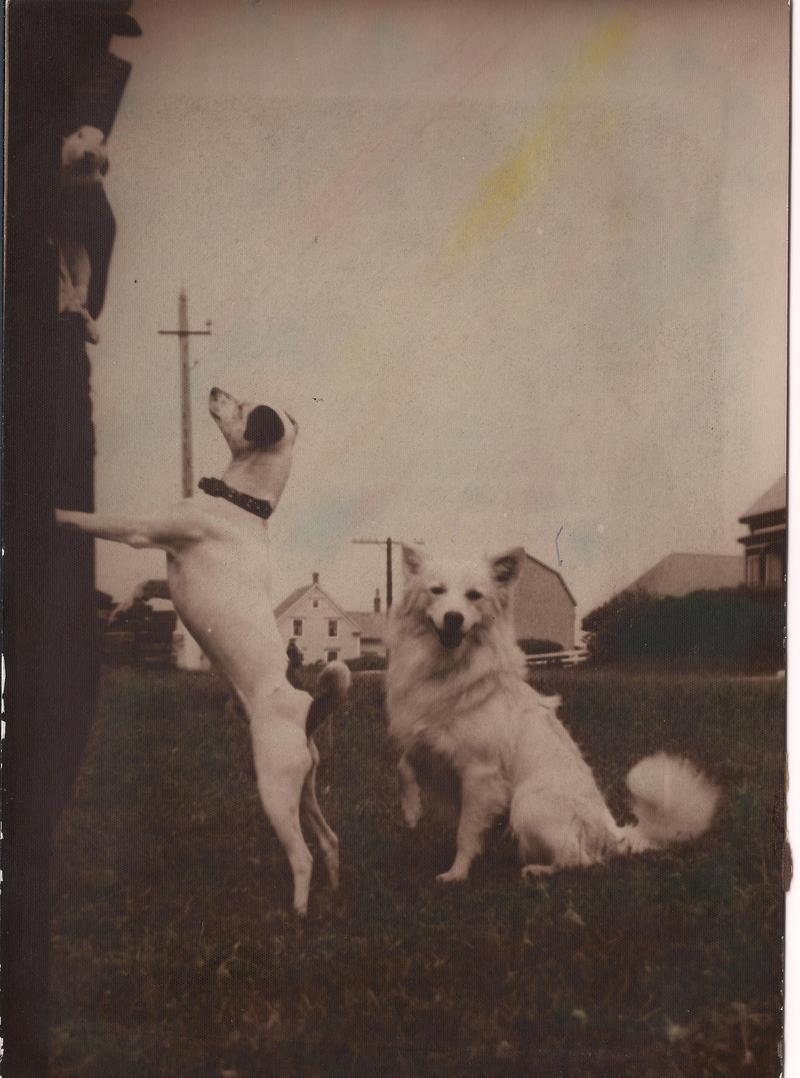 The Republicans would like the way we do it at the Dorchester Chili Cookoff. Everyone gets one vote with their admission, and they're supposed to vote for their favorite chili. But once you're in there, you can buy additional votes, and use those to vote for your favorite chili. The chili for which the most votes were purchased wins. Of course, at the Dorchester Chili Cookoff, the proceeds go to a charity. I'm not sure the Republicans would like that part.

So, it’s been 13 weeks since I passed papers on this house, and it’s finally kind of starting to look like a home, by which I mean there are walls, but that’s pretty much it. My friends have dubbed it Ashmonticello. Having only ever lived in place that required nothing more than paint, this is all new. When I bought it, I really didn’t intend to do a complete renovation, but as demo started, it became apparent that the house was in rougher shape than originally thought, and we (and by we I mean someone else) ended up taking it down to the studs on all three floors. As we began to tear down walls and ceilings, we found long-forgotten nooks and crannies and doors and windows, seemingly recapturing some of the house’s personality, lost over the years as the place was spilt up, patched and reconfigured by people who seem to have considered themselves handy (wrongly). 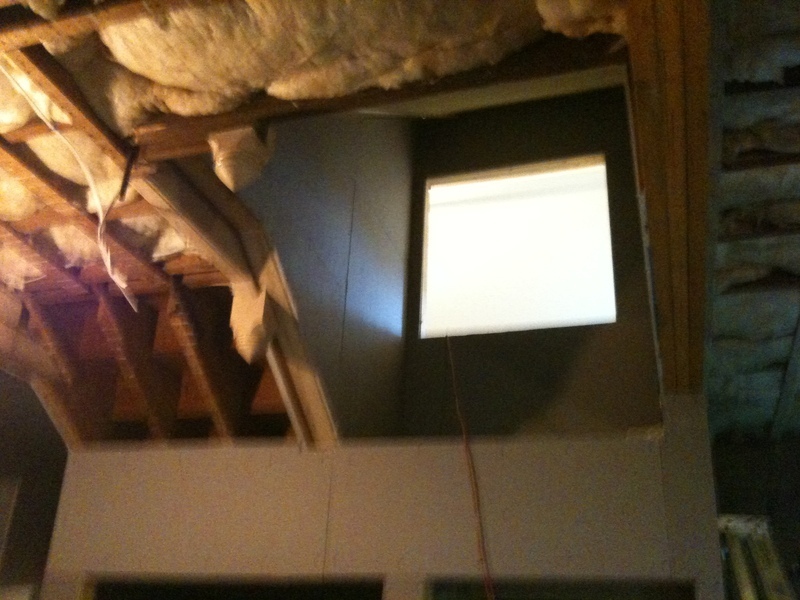 We’ll see. It’s not enough that we’re beholden to any sense of historical preservation (thank God) in this 1880 house, but it is enough to build on. I am especially excited about the planned Charlie Ashmont window seat, now that we found windows on either side of the windows that were there. He’ll have a 180-ish view outside, which is important for being ready to scare the crap out of the UPS guy. 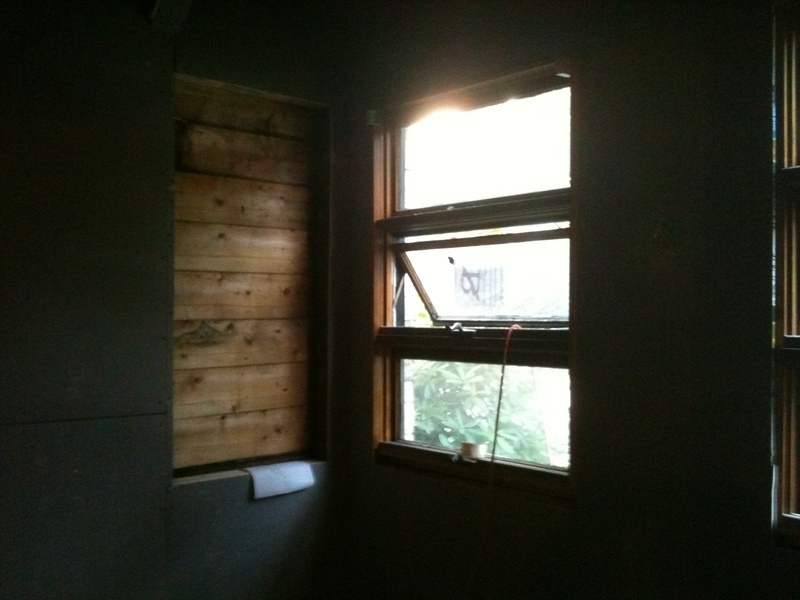 Then, I decided the outside work should also be done this year, because 1) the inside is going to be so nice that it would be a shame if the outside isn’t and 2) who needs a retirement fund? (I am currently taking work for 2032, if you have any projects.) So as I write, vinyl siding, brick facing and stone façade (yes, all three) are being torn off, to be replaced with shingles and clapboard. (Also, I apologize to the neighbors on either side, but promised I’ll be the best neighbor you've ever had once I get there.) 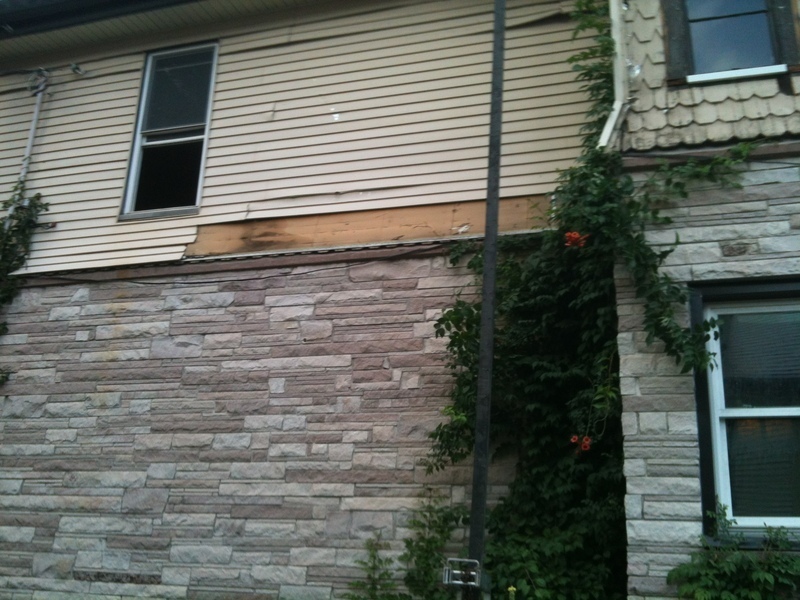 A couple of days after the papers were passed, I stood in the house with the renovation team and told them I wanted to move in September 1, and they essentially laughed at me. They were correct. I now have my hopes pinned on just after the election.

So, what have I learned? Many things. You know that cliché about everything taking twice as long and costing three times as much as you expect? Truer words were never spoken. Lighting is REALLY expensive. But, I keep looking back and forth between the pictures of nice lighting on my laptop screen and the charming-but-not-practical light fixture in my current kitchen left behind by the fabled “marble lady,” and tell myself it will be worth it. Also, though THIS belongs at Ashmonticello, I should probably face the fact that I can't afford it. 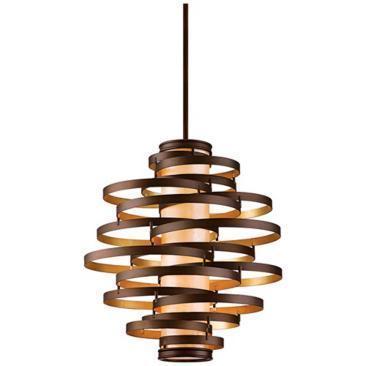 Exterior doors are INSANELY expensive, and not terribly attractive from what I’ve seen so far. Anyone want to build a couple for me? I am now conversant in unfinished vs. pre-finished solid vs. pre-finished engineered flooring, though that still hasn’t helped me arrive at a decision. I know where to find the hardware to build dining room tables that expand from teeny-tiny objects to furniture that seats 20. (If it comes out nice, I’m thinking of starting a little side business with guy who is going to build two of these for me! We might be selling them by this time next year!) I’ve also learned something about myself and how my brain is wired. To wit, if you give me ten songs or ten movies or ten television shows or ten pieces of political propaganda, and ask me to deconstruct them, identifying common themes and placing them in social context, I can do that quickly and efficiently and have time left over to blog about my findings. However, if you ask me to choose between ten different kinds of tile or flooring or paint colors, I get to about the fourth choice, and then my brain explodes, at which point I stick everything in a folder other than my inbox and ignore that it’s there.

I’ve also learned a lot about buying and selling houses, which isn’t a very pleasant experience. The process of trying to sell my house was so unpleasant in fact, I decided to keep and rent the property instead. I accepted a considerably-lower-than-asking-price offer just because showing it was so inconvenient, and the buyer came back with a list of inspection points that would cost about $3000 to fix, asking for $20,000 off the price. It also turned out in the end, that most of the things on that list didn’t actually need repair. My Irish temper prevailed there, but I believe it is all working out for the best. This is a nice house, and I found some nice friends who want to rent it. Again, who needs a retirement fund?

So, onward! I’m looking forward to tax free weekend in Massachusetts August 11 and 12. Though I have openly mocked this practice in years past, I will be eating lots and lots of crow, and saving lots and lots of money. I haven’t started packing yet. Every few days, I stand in the middle of some room in the house, look around and want to cry when I think about all the packing and moving I have ahead of me. But, I am so looking forward to living at Ashmonticello one of these days.

Congrats to Kara Holmquist at the MSPCA and all the other animal advocacy groups that worked on this, and thanks to Senator Pat Jehlen, the Massachusetts legislature and Governor Patrick. This morning, at the MSPCA-Angell facility in Ashland, the governor signed An Act Further Regulating Municipal Animal Control. This law does a lot of really great things, but the part that means the most to me is the part that says "No city or town shall regulate dogs in a manner that is specific to breed." It remains to be seen how this will play out in Boston (I guess I need to brush up on how home rule works), where there are strict regulations on my dog simply because he looks to be a particular breed, but I am really glad that owners in other cities and towns won't have to deal with the thing that has caused me so much consternation in the 8 years since it went into effect, just months after I adopted Charlie Ashmont. For those who are curious, the things I have to do that other owners don't are: 1) pay $50 for a dog license that should cost $6; 2) send a picture of MYSELF and my dog to City Hall every year with my license app; 3) put a sign on my property that says "pitbull on premises"; 4) muzzle Charlie at all times when he's off my property. (There are other pieces I have no problem with, such as spay/neuter and limiting the number of pits one person can own, but I don't think those should be breed-specific either.) 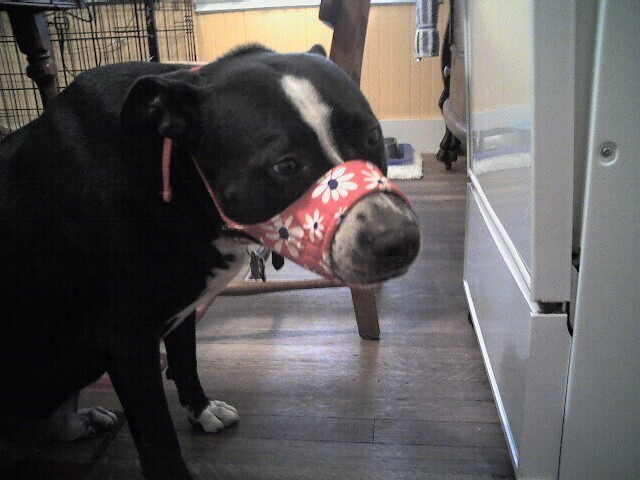 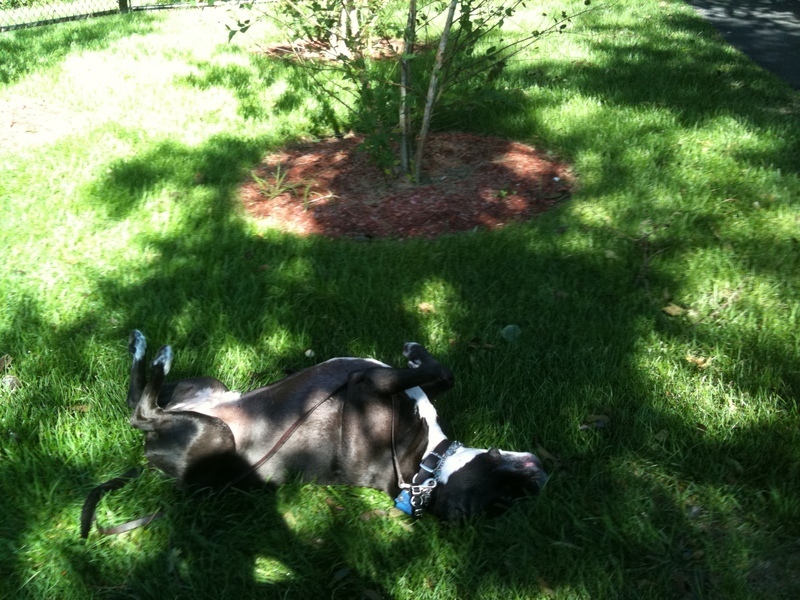 Oh my God. Leave me alone. Why do I have to get up? It's not even noon yet. Go away. 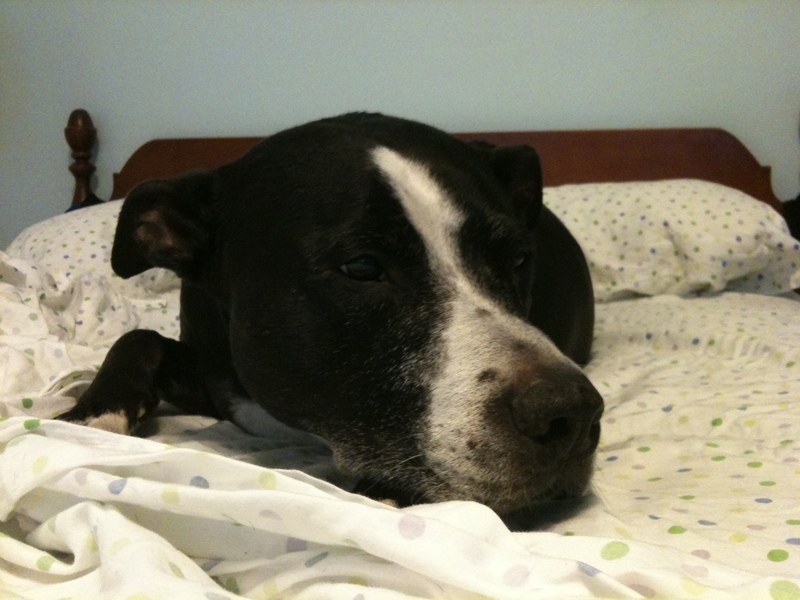 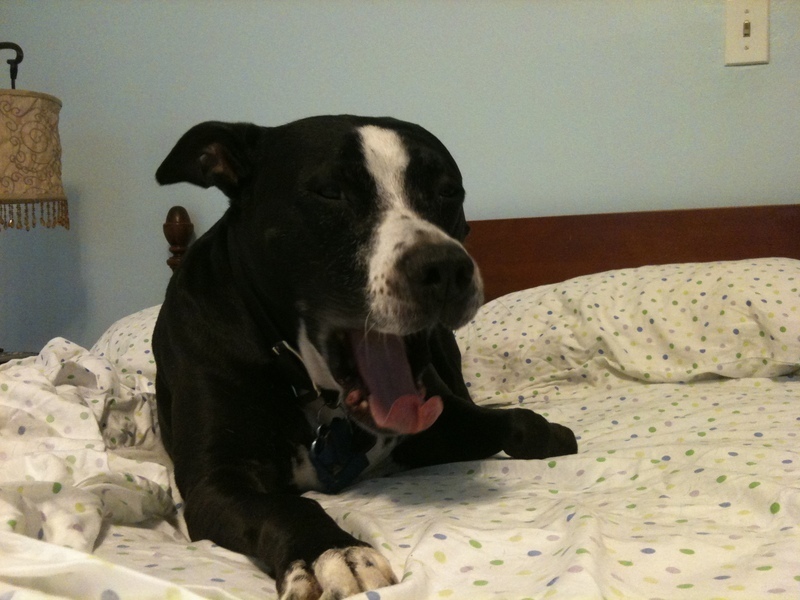 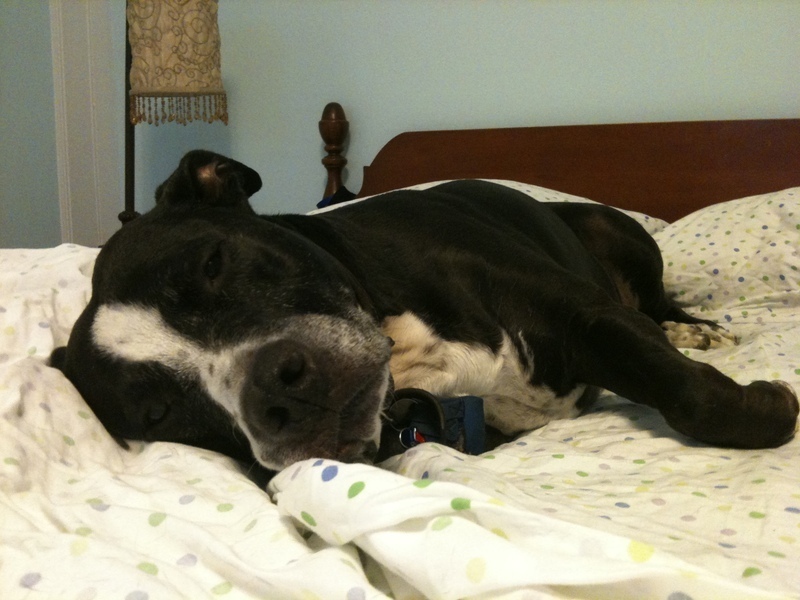 The fact is, I’m straight, always have been, always will be, and I couldn’t be any more happy, comfortable with myself, and proud. I have always been very open and honest about this part of my life with my friends, my family, and my colleagues. In a perfect world, I don’t think it’s anyone else’s business, but I do think there is value in standing up and being counted. I’m not an activist, but I am a human being and I don’t give that up by being a publicist.

On the occasion of the first open house to sell 10 Burt Street, I've been going throught the guest book. This is what I can piece together. There is much that's illegible, many didn't sign (real names or otherwise), and my memory is faulty, but it was a hive of activity (creative and otherwise) no matter how you look at it!

Of note: The Dwarves never visited. Blag said that just the fact that I was willing to let them would be rewarded by them not coming over.

(I know this is a copyright violation and I will remove it if asked.)