What a night. It was my honor to host one of the first house parties for Elizabeth Warren, as she talks to Democrats about whether she will run for the United States Senate. She came to my house in Dorchester, and stood in my living room talking to about 60 of my friends, who shared their stories and frustrations, and asked brilliant questions, which she fielded with charm, charisma, and thoughtful, plain-spoken answers. It was fantastic and inspiring. I’m one of the loudmouths with a laptop and an internet connection who has been urging her from afar to run for a couple of months now. Before, it was more about thinking that she, unlike the current Democratic field, could beat Scott Brown. Now, for me, and I think for most who came to my house tonight, it’s about much more than that. It’s about choosing the kind of America we want to live in, and then working for it. I want to live in the kind of America that has Elizabeth Warren in the United States Senate, because her vision of America is one that uplifts all of us.

She talked about the squeezing of the middle class, and the damage it’s done to our country. She said that we have to invest in infrastructure and education, but most importantly, we have to invest in our people. She talked about reframing our message, as Democrats, to make people understand that we should want to realize the potential of all other Americans. She spoke at length about her work to build the Consumer Financial Protection Bureau, and said that it is strong, and will protect Americans in very real ways. (She also gave full and emphatic credit to the President for this.) More importantly, though, she listened. My friends told her about the challenges they see at non-profits they run, and facing the at-risk kids they work with; the underfunding at the public universities at which they teach and the suffering that they see out there every day on the streets. We talked about people who are out of work and in trouble. There were particulars, but there will be time for that later. Right now she is exchanging ideas with those of us who would have to do much of the work to get her elected. She listened and responded, and what began to emerge was the start of a powerful campaign message, planted by the grassroots and articulated by Professor Warren, that will develop into something vibrant and compelling should she decide to move forward. But most importantly, what was plain to anyone in the room was the passion, conviction, empathy and logic she’ll bring to any job she decides to take on.

I have no idea if she can soften the acrimony. Much of this Congress seems hell-bent on destroying the President and the country along with him. But I know that I want her down there, at least trying to talk some sense into them. And if the Democrats control the White House, Senate and Congress in 2013, as I hope, they'll need people with vision, like her, to create groundbreaking programs.

As my friends filed out of my house tonight, they offered to host fundraisers and plan benefit concerts, knock on doors and call friends. One by one they said, “Let me know what to do. I’m in.”  Boy, I hope she’s in too! 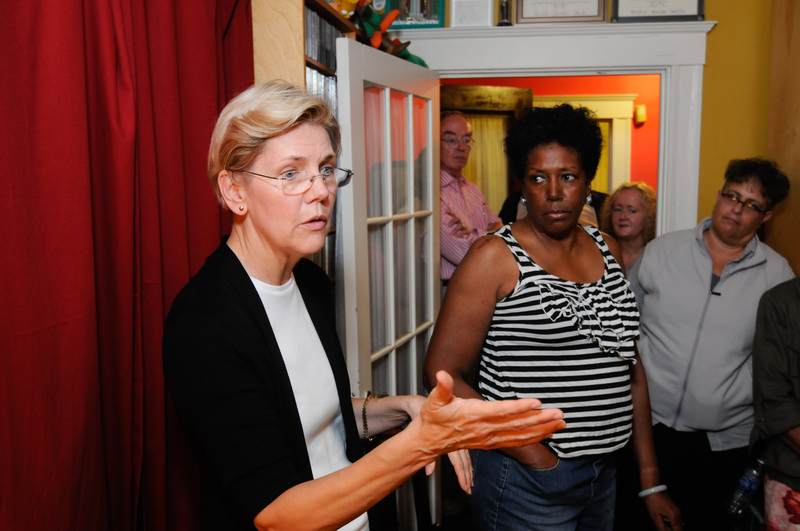 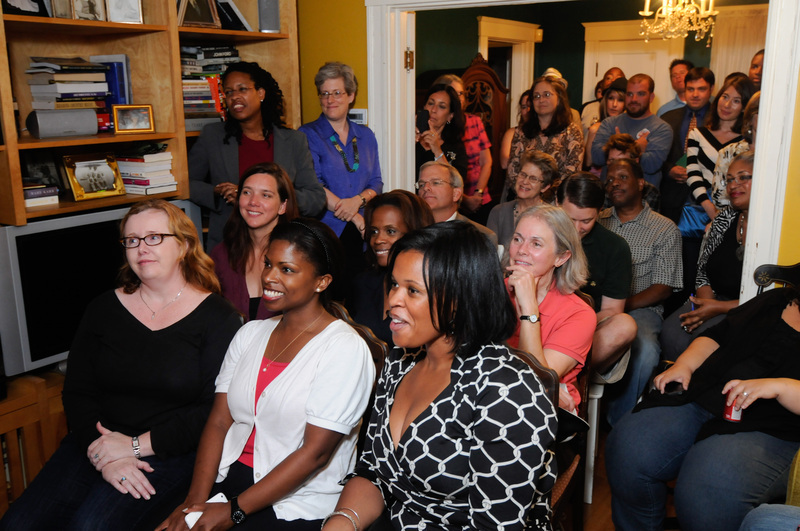 Photos by Mike Ritter - www.ritterbin.com. Use without permission makes you a bad person.